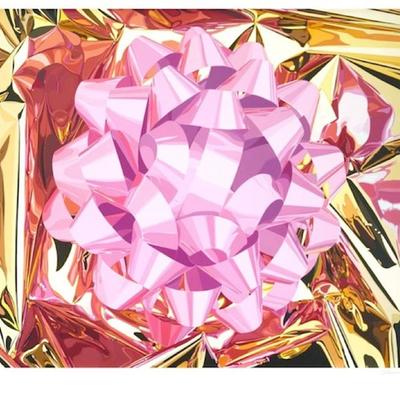 Born in 1955, Jeff Koons is one of America’s most popular contemporary artists. He plays with ideas of taste, pleasure, celebrity, and commerce by utlising Neo-Pop aesthetics and wry appropriations of consumer objects in order to express a reverence for popular culture. Koons is widely known for his oversized sculptures of kitschy souvenirs, toys, and ornaments that are bright and shiny, as seen in his Celebration (1994–2011) series. Koons lends a heft and permanence to otherwise ephemeral items with his choice of materials. He rose to fame in the 1980s, developing iconic works such as Michael Jackson and Bubbles (1988), the Made in Heaven (1990–1991) series, and Puppy (1992) - installed in Sydney Harbour, Bilbao, and the Palace of Versailles. His Balloon Dog (Orange) broke records in 2013 selling for $58.4 million at Christie’s auction house; making him the most expensive living artist at that present time. In addition to this, Koons also teamed up with the luxury brand Louis Vuitton to produce an edition of bags printed with iconic European paintings.

The artist’s works are held in the collections of the Art Institute of Chicago, the Whitney Museum of American Art in New York, the Tate Modern in London, and the Stedelijk Museum of Modern Art in Amsterdam, among others. He currently lives and works in New York, NY.